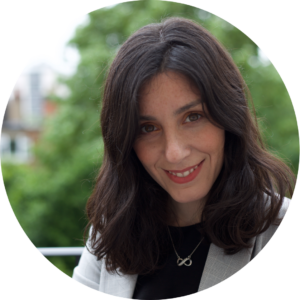 Sabrina Simoncelli, born in Buenos Aires, received both her first degree (2010) and her PhD (2014) in Chemistry from the University of Buenos Aires, Argentina, working in the group of Professor Aramendía. Her PhD research focused on the development of nano-plasmonic devices to boost temporal and spatial detection limits in optical microscopy. Her PhD thesis was entitled “Exploration of the Interactions between Metallic Nanoparticles and Photochemically Active Molecules”, with specific emphasis on photochromic compounds. During the course of her PhD, Sabrina was awarded an Emerging Leaders in the Americas Program (ELAP) fellowship, which supported her research-visit to the group of Professor Scaiano at the University of Ottawa, Canada (2013).

After completion of her PhD (2014), Sabrina spent a year and half as a post-doctoral researcher in the group of Professor Feldmann at Ludwig Maximilian University of Munich, Germany, exploiting the optical excitation of surface plasmon in metallic nano-structures to heat biomolecules at the nanoscale (individual DNA molecules and DNA-origami templates). In late 2016, Sabrina joined the group of Professor Maier at Imperial College London, where she developed super-resolution fluorescence microscopy imaging approaches to study plasmon-induced catalysis and charge-transfer reactions. Importantly, these studies have also allowed her to develop a unique expertise in nano-plasmonics design and fabrication.

Then, Sabrina moved to King’s College London as a Human Frontier Science Program fellow working within the group of Professor Owen. There, she expanded her research interests towards biological sciences, implementing a DNA-based super-resolution imaging technique to visualise protein interactions in cells of the immune system.

Since January 2020, Sabrina relocated to University College London, to take-up a Lecturer appointment in the Department of Chemistry and a Royal Society Dorothy Hodgkin Fellowship. She is establishing her research group in the London Centre for Nanotechnology. The group’s research focusses on the application and development of physical and chemical approaches to study biological phenomena at the nano-scale. 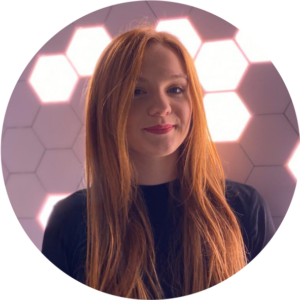 Megan is a BBSRC LIDo PhD student undertaking a rotation project in visualising the nanoscale 3D architecture of signalling proteins in T lymphocytes using DNA-PAINT. She completed an undergraduate degree in Biology at Imperial College London and then went on to do an MSc in Immunology also at Imperial. During this time, she gained experience of working with T cells in the Masahiro Ono lab. Specifically, her project aimed to elucidate the epigenetic and transcriptional consequences of histone deacetylase inhibitors upon T cells, focusing on regulatory T cells. Her research interests are mainly within the study of autoimmune diseases. In her free time, she enjoys baking and particular loves making macarons. 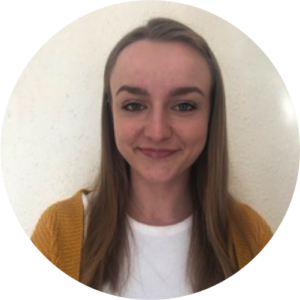 Olivia is a first year EPSRC PhD Chemistry student at UCL. Her project will involve using super-resolution optical microscopy to provide a physical chemistry picture of how T-cells within the immune system interact with nanomedicines. She completed her integrated master’s in Chemistry at the University of York, where her final year project was focused on developing an adsorption isotherm for nanoporous systems. Previously, Olivia undertook a summer research project in York, which involved the use of infrared spectroscopy to study drug binding to blood proteins. This developed her interest in interdisciplinary research, particularly with the use of physical chemistry techniques to investigate biological systems. In her free time, Olivia loves to take ballet and tap dance classes. 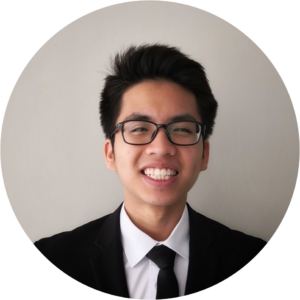 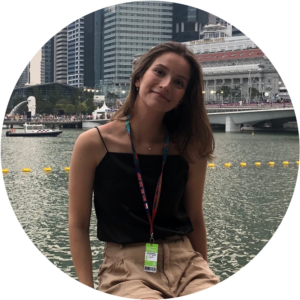